One Pot: Low-fuss food for busy people was a birthday gift to myself, because AWW cookbooks are good, and one pot recipes in the colder months are the best invention ever.  Scott wanted to make a bourguignon recipe, and I remembered that this book had one with lamb shanks, so we went with that.  It was amazing.  The instructions were clear, the dish so incredibly tasty that we didn’t want to stop eating it, and it was really photogenic too (see below).

The dessert was less successful.  I thought a raspberry and chocolate bread and butter pudding would be good – the results were less than stellar.  Clearly the photo in the book is taken before the dish is put into the oven, because the raspberries carbonised, even though the oven was at a low temperature.  The pudding tasted nice, but it wasn’t as good as some other bread and butter puddings I have made.

Overall I’d give his book 4 out of 5 stars. I’d’ve ranked it higher if the dessert worked. 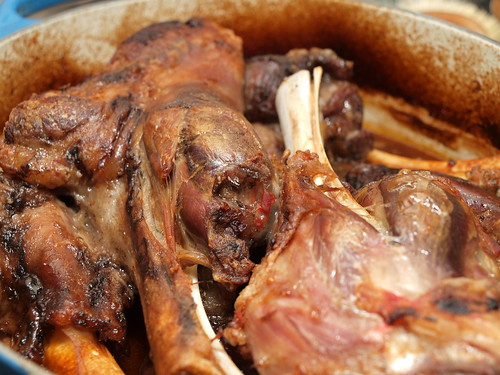 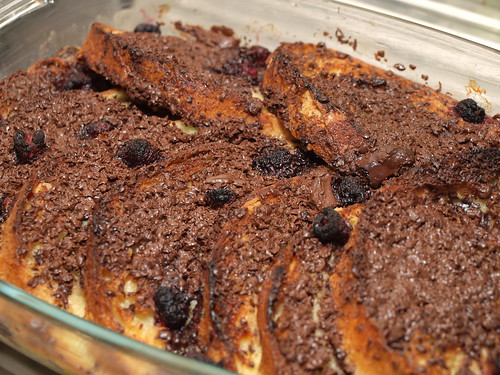