This is another recent kickstarter project, Eat Well on $4/Day: Good and Cheap by Leanne Brown – second edition now available.  The idea behind this project was to provide a cheap or free cookbook to those with limited incomes, in order to help them find seasonal recipes that they can cook at low cost to themselves.  I liked the idea behind the project, and I acknowledge that there are issues, some people with limited incomes may not be able to store foodstuffs, or afford containers to store foodstuffs, but it is a good idea nonetheless.

The link above also has a link to the free .pdf of the book, apparently it’s not print friendly yet, and that’s something that is being worked on.  You can also submit your own recipes which, in the future will be hosted on the site.

The book is quite US centric, but not with hard to find ingredients.  It’s in US Imperial, which is annoying but not too bad as most recipes refer to spoon and cup measurements, which means that if you consistently use Australian measurements, you should be ok.

The only criticism I have of this book, so far, is that the amount of chilli recommended in the Vegetarian Jambalaya that I cooked.  It was TOO hot to eat, and I don’t mind chilli in my food.  I’d recommend starting with a quarter of the amount of cayenne pepper called for, and increasing to taste.  The full teaspoon was too much – even though it was delicious under that.  I will make this again, but with much less chilli.  Overall, 4 out of 5 stars. 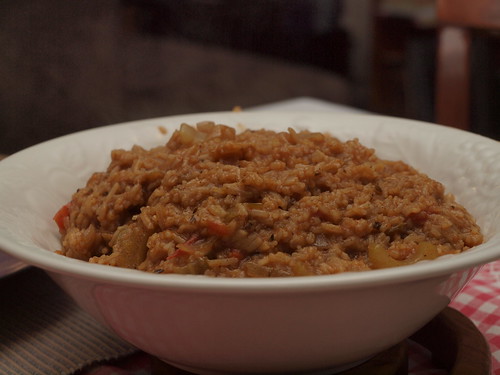 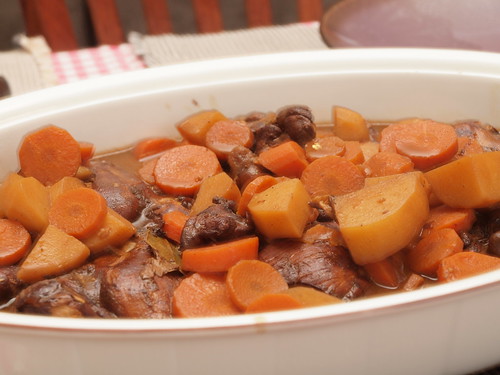