Cookbook 122: The Dumpling Sisters cookbook: Over 100 favourite recipes from a family kitchen

Cookbook 121: Moroccan soup bar: Recipes of a spoken menu and a little bit of spice

Because my husband’s boyfriend is a lovely and awesome man, he bought me the newly released Moroccan soup bar: Recipes of a spoken menu and a little bit of spice cookbook for Christmas.  I have been waiting for this cookbook for many many years.  I have eaten at the Moroccan Soup Bar several times, and always enjoyed it. It’s hard to get into because it’s so popular, so I don’t go as much as I would like.

It is evident in this cookbook that the recipes by Hana Assafiri are ones she is very familiar with.  In the recipes I made, there are some minor issues with the conversion from a spoken or loosely written recipe down into a cookbook format.  There are some issues with ingredients being divided in different sets of the recipe, but without much guidance as to how they’re divided?  Half each, a sprinkle here and the rest there?  It’s something that trial and error will improve, but it’s not always the best way to go about it.  The eggplant dish, which was incredibly tasty, was quite watery, and I’d probably halve or reduce by a third the amount of water that goes into that dish if I made it again.

All of the recipes in this book, and indeed in the restaurant, are vegetarian.  They are all tasty, but require some work to ensure that they actually work for you.  Overall I’d give this 3.5 stars out of 5. 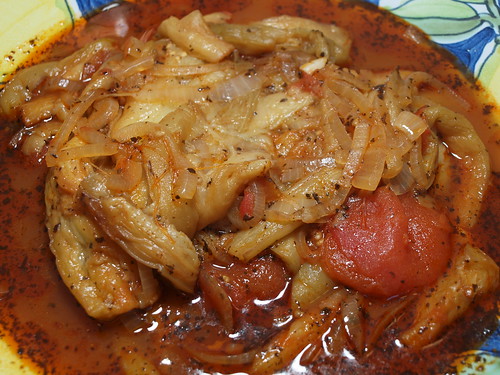 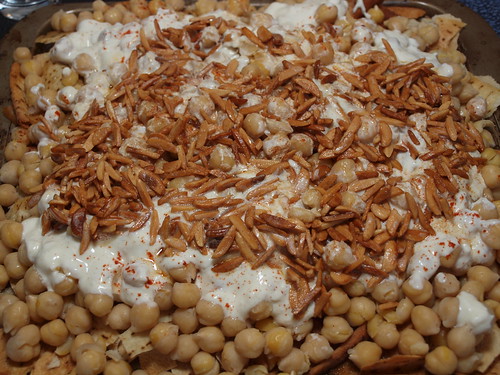